Metroid Rogue Dawn is a ROM hack by a talented team of hackers, Grimlock, Optomon, and snarfblam, of the NES classic Metroid with the goal of presenting a prequel to the events before 2004’s Metroid: Zero Mission. Metroid is an action-adventure game developed by Nintendo and released for the NES in 1986. This title jumpstarted the birth of a genre by combining platforming and exploration similar to other titles like the Mario and Zelda franchises respectively. Metroid was critically acclaimed for it graphics, soundtrack, and controls as well as it’s overall design and aesthetic.

If you want to see a video of Metroid Rogue Dawn in action, check out the video below. 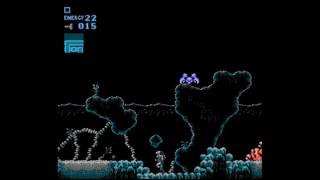 Metroid Rogue Dawn is set some time before the events of Metroid and follows the story of Dawn Aran, one of Ridley’s experimental human agents, in her mission to acquire the Metroid capsule and see it in the hands of Ridley. Built on the Metroid engine, this game is an exhaustive hack that replaces nearly every aspect of the original game with unique levels and ideas. From its level design to its music and overall pacing, this hack feels like an official release to the Metroid franchise and is exactly what fans everywhere need as Nintendo has kept the franchise on ice for far too long and we are all still waiting for the release of Metroid Prime 4. Metroid Rogue Dawn brings in some improvements that later Metroid titles have in their arsenal such as wall jumps and the Spring Ball, both allowing the player a much greater degree of movements and air control for improved exploration.

Metroid Rogue Dawn presents its own unique title screen inspired by the original game’s, as seen below. Updated graphics from its parent game, when looking at his one it is possible to often forget that it is actually running on and 8-bit engine. The sprites, background, and other elements closely represent what it would look like for Metroid to have existed on a 16-bit engine.

As any Metroid title, Metroid Rogue Dawn is a game the focuses on progression through exploration and the collection of specific items which act as the key to solving various puzzles and challenges that the player will face. Many classic items, such as Ice and Screw Attack, return in this hack providing the player with all the same techniques that they are bound to recognize. Metroid Rogue Dawn may not be a story about Samus but there will certainly be times when you forget that little detail.

The music in this hack if completely original and composed by Optomon who has done a fantastic job embracing the familiar tone of Metroid tracks and implementing that same eerie atmosphere. Players will find all new tracks as well as some remixed tracks from the original game. If you wish to play this game you can download the Metroid Rogue Dawn Rom by clicking here.

So is this game worth a try? Metroid Rogue Dawn is a brilliant hack and a testament  to what fans can accomplish given time and resources. With the lack of new Metroid content while we await the release of Nintendo‘s latest installment after it was reported to have been scrapped and restarted. This hack treads on new ground providing players with a new story to follow and some downright nostalgic exploration and adventuring.