The Megaman Battle Network game is, believe it or not, a ‘classic.’ And that means that you don’t play it unless you want to be embarrassed in front of your peers.

We all had the games we loved when we were younger. But now it’s time to be an adult. We have the solution for you; play a Megaman Battle Network game. Megaman Battle Network is a role-playing game set in a virtual world. The game focuses on gameplay and storyline, with classic Megaman characters starring heroes and villains.

The Megaman Battle Network series is a spinoff of the Megaman Classic series, in which players are transported into a cyber-world to battle computer viruses and other Net Navi.

The Gameboy Advance version can link up with numerous other versions of the game, with each game featuring different challenges. 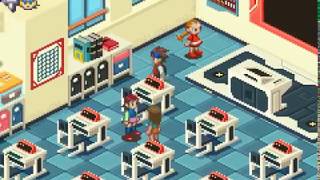 The game was designed by Capcom Production Studio 4 and released only in Japan in June 2000. A follow-up to the story of this game was released that same year in Japan before being made available worldwide in 2001. The Megaman Battle Network game has high-quality graphics that are equally appealing to adults and children. The whole family can enjoy this game together.

The graphics of Megaman Battle Network are charming and distinctive, featuring colorful 3D modelings of real-world objects in a variety of video game environments.

The central concept of the series is that humans live in a world where nearly everyone and everything has an online counterpart. However, the Internet depicted in-game is far more primitive than what existed during the games’ time frame, only capable of two-dimensional graphics.

In this world, technology exists that allows access to a virtual space called the “Cyberspace” or “Net” (the terms are interchangeable), where computer data and electronic network systems have manifested as replicable locations with their environments and topography.

Players take on the role of Lan, a young boy who can join with his “internet navi” (Internet Navigator for short), MegaMan, an artificially intelligent computer program that can hack into the local Cyberworld to combat viruses and other harmful programs.

The gameplay and storyline are such that you go around defeating viruses in various iterations of areas on the Internet, collect chips to add to your customizer to improve MegaMan, level up MegaMan’s stats, and fight bosses at certain points in the game.

In addition, there are many side-quests and interesting characters that add to the story/gameplay.

The playable characters can double jump and use both Saber and Buster attacks.

Players take the role of Lan, Megaman’s operator, and guide them through the network fighting against evil viruses to find out why they have invaded the network and whether there is a sinister force behind them all.

This soundtrack is pretty good. It is not anywhere near the level of Sonic or Mario, but it gets the job done.

The sound quality is great, with amazing music. The Multiplayer mode is fun and addictive.

If you wish to play this game, you can download the Megaman Battle Network Rom by clicking here

The Megaman Battle Network game has been created to mix things up and provide a fresh new in-game experience!

All the comforts of home, a computer program, and the Internet come together to make the Megaman Battle Network game an unforgettable one!